Hi. My name is Kim Vassiliadis. I am passionate about creating intuitive web experiences that work for their intended audiences. I have more than twenty years of experience designing and managing websites within higher education.

A good website is more than just a pretty design. It requires a content strategy and user research. I have extensive experience creating in-person and web-based usability testing, content audits, survey design, and facilitating focus groups. My user experience background stems from working in libraries and their rich digital collections. I focused on making the library’s physical spaces and disparate online systems appear seamless and easy for researchers to navigate.

In my current position as the Manager of Digital Services & User Experience, I am responsible for building engaging and usable digital products. I provide strategic direction to enhance user experience and digital services across UNC-Chapel Hill. I've built successful and repeatable service offerings around content strategy, information architecture, and usability research. 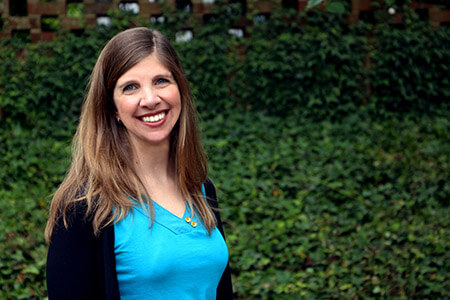 I manage Digital Services, a department within Information Technology Services (ITS). We provide design, development, and web content management services to central IT and the university community. Digital Services is responsible for the management and maintenance of Carolina’s WordPress websites. I work with groups across campus to help them create or redesign their web precense. Our customers range from individual students and professors creating a self-service WordPress site to large departments and schools managing customized websites.

I managed a small team and directed the development of the library’s web presence. I focused on enhancing the user’s experience and finding ways to make disparate systems with different interfaces appear seamless and easier for researchers to navigate. I was responsible for identifying trends in user behavior and directing web usability and assessment activities. I served as a resource for staff and an advocate for user needs. Because our work often brought about changes and improvements to workflows and interfaces, I ensured that our decisions based on user research were communicated to partners and stakeholders.

I served as the point person for the library's usability studies. I designed and developed interfaces for the library’s website and oversaw the development and maintenance of the library’s online instructional modules and tutorials. I conducted tailored instruction sessions related to information literacy, web design, web development, and the Adobe Design suite. I managed all day-to-day and administrative functions of the Library’s Design Lab, including scheduling; hiring; training; supervising graduate student assistants; and planning for new hardware and software based on current and anticipated demand.

I was Responsible for the design and maintenance of the library’s web site. I coordinated the library’s instruction program, delivered instruction and provided reference to students, faculty, and staff. I served as the library liaison for the Writing Center.

University of Texas at Austin
Master's in Library & Information Science

Improving Usability with Accessibility, We Are NC Gov. #1 in Raleigh, NC. May 2018

The Decentralized University: Improving Digital Experiences One Site at a Time, edui in Charlottesville, Va. September 2017.

Raising your Puppy and Domesticating Your Website, edui in Charlottesville, Va. November 2015. Co-presented with Chad Haefele

The User Experience – Not Just About the Website, TRLN Annual Meeting in Chapel Hill, NC July 2015. Co-presented with Chad Haefele 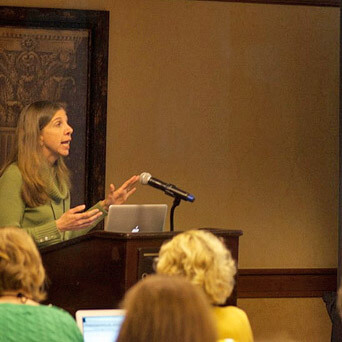 “Getting ‘Em on Board: Guiding Staff Through Times of Change.” edui in Richmond, Va. November 2013. Co-presented with Rebecca Blakiston.

“Getting ‘Em on Board: Guiding Staff Through Times of Change.” UNC Webmasters in Chapel Hill, NC. October 2013.

I work with WordPress everyday. I love WordPress, but I wanted to try something different - a little more lightweight. I wanted a website that didn’t require a lot of upkeep. This site was created with Jekyll, a website generator that’s designed for building minimal, static websites or blogs that can be hosted on GitHub Pages. This means, no database, no CMS, secure (well, more secure than a lot of WP sites since it is so stripped down), and super fast.

This is my first attempt at working with Jekyll. I read some documentation, picked an attractive bootstrap template and just went from there. It is fun to play with markup again.

You can reach me at [email protected]